Can you get a hybrid Ford F-150? Explore new Ford hybrid models here

Ford recently announced big plans to greatly increase the number of vehicles it offers with a hybrid powertrain . The plans include not just tiny passenger vehicles but serious SUV and truck models. If you are wondering “Can you get a hybrid Ford F-150?” the answer at the moment is no, but we expect to see combined gas and electric pickups from Ford by 2020, which is exceptionally close. Learn more about the future of hybrid and electric vehicles from Ford below, with a special emphasis on the great Ford F-150.

Ford does not at this time produce a gas-and-electric hybrid truck, even though we have been anticipating one for years. While there are some aftermarket upfitters who have created electric trucks based on the F-150, there is nothing official. However, this is scheduled to change in the next couple of years. The F-150 truck, Escape and Explorer SUVs, the Mustang pony car, and even the all-new Bronco are all scheduled to be available with at least some level of hybridization within the next few years. 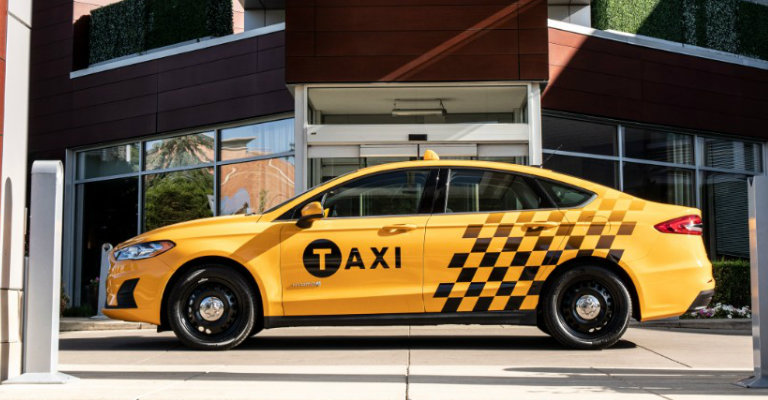 Vehicles like the 2019 Ford Fusion Hybrid Taxi offer attractive fuel savings, but would that practicality transfer to a full-size truck?

What are the advantages of hybridization?

When you think of a hybrid vehicle, you may first think of a fancy small car that isn’t designed for hard work. However, a Ford truck or SUV that can’t get work done will definitely not be a part of the Ford lineup. Just a few years ago, many people didn’t expect that the EcoBoost V-6 would be able to hold its own in the Ford F-150 engine lineup, and we think that electrification will also pleasantly surprise many drivers. Here are some of the advantages:

There could be a lot of advantages to a hybrid pickup or SUV, but these would still definitely have to get work done and be as tough as we expect Ford to be. It will be interesting to see how the next few years play out!

What Type of Seats Does the 2022 Ford Explorer SUV Offer?

What Cutting-Edge Tech Features are Available in the 2022 Ford F-150 Truck?

This entry was posted on Wednesday, June 20th, 2018 at 4:26 pm and is filed under Ford Escape, Ford Explorer, Ford F-150, Ford Mustang. You can follow any responses to this entry through the RSS 2.0 feed. Both comments and pings are currently closed.